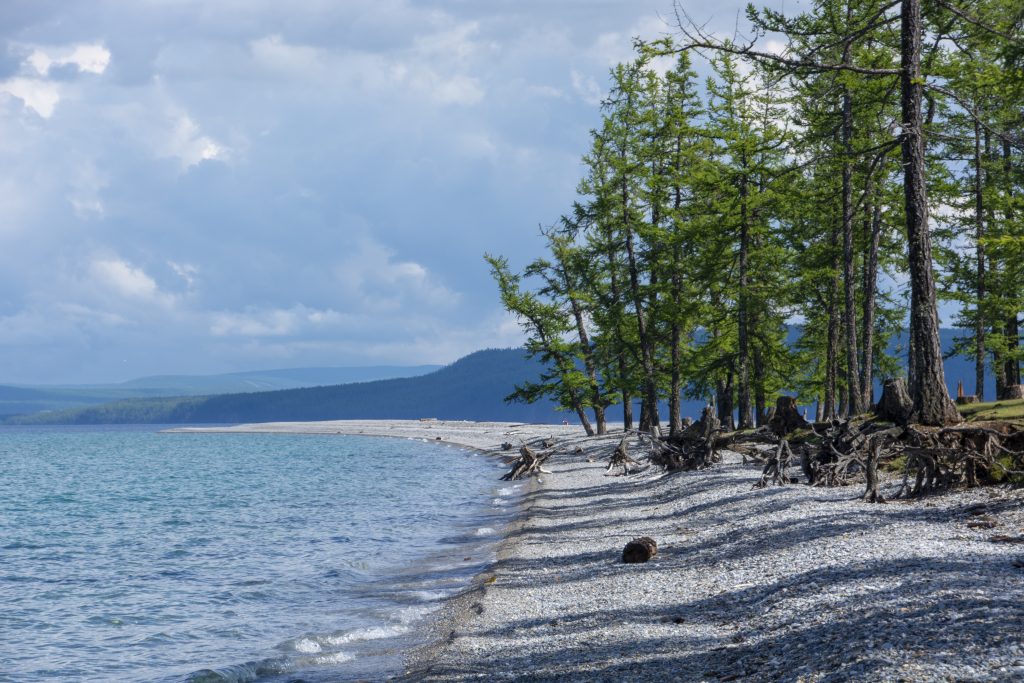 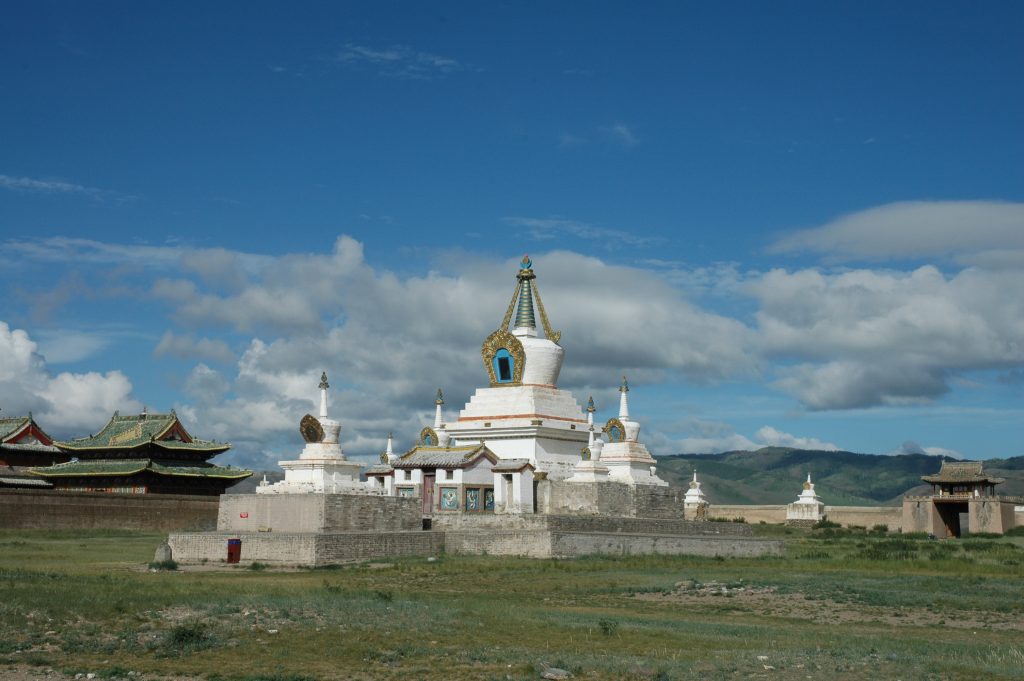 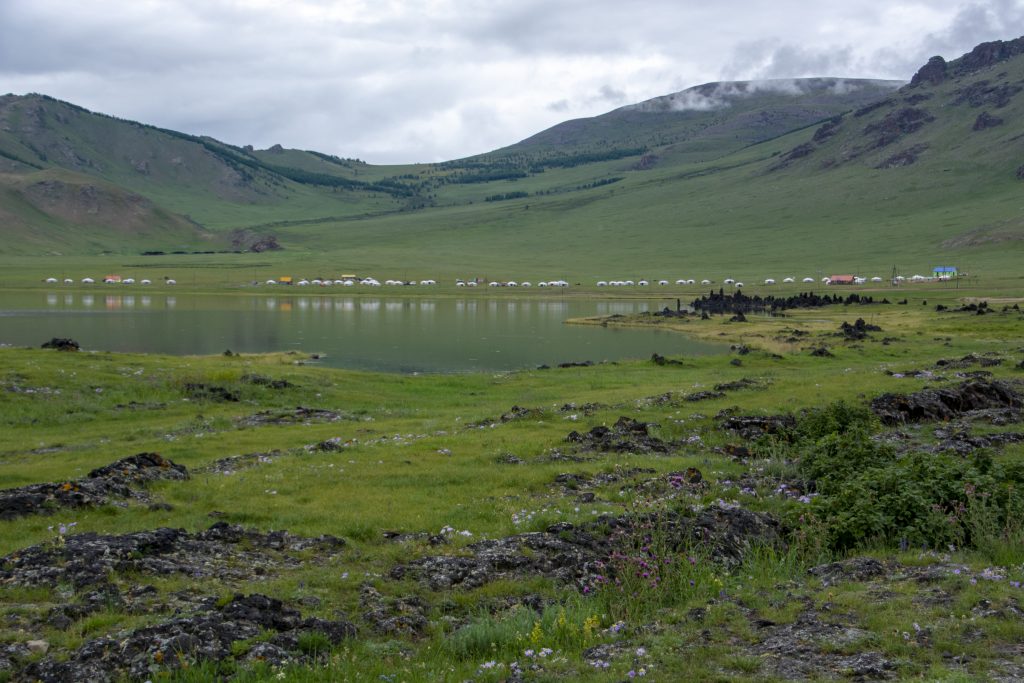 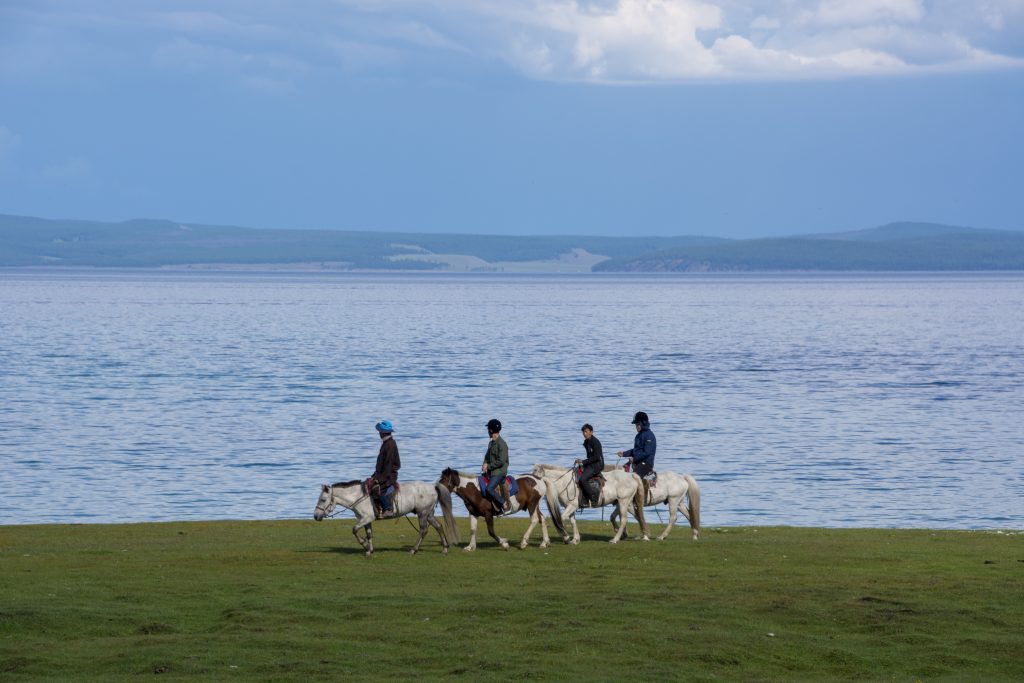 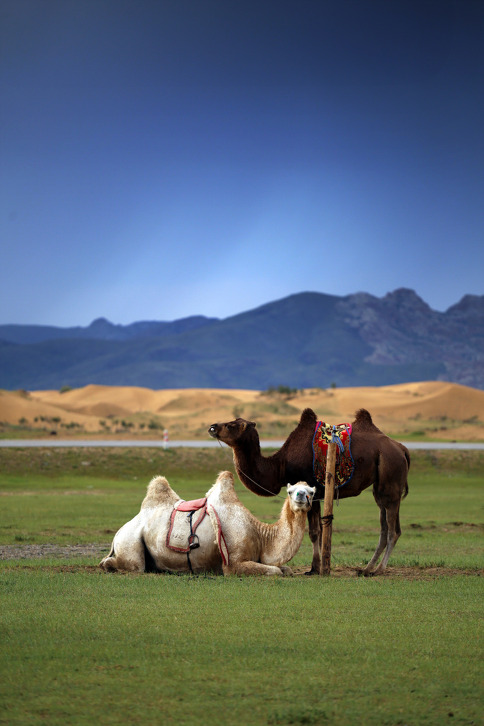 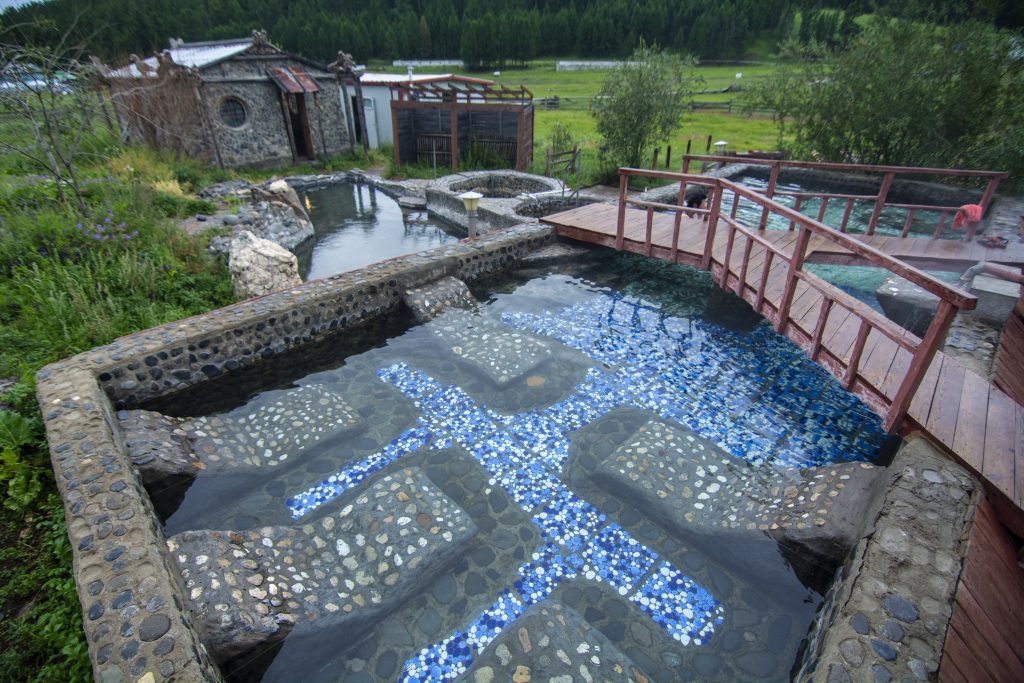 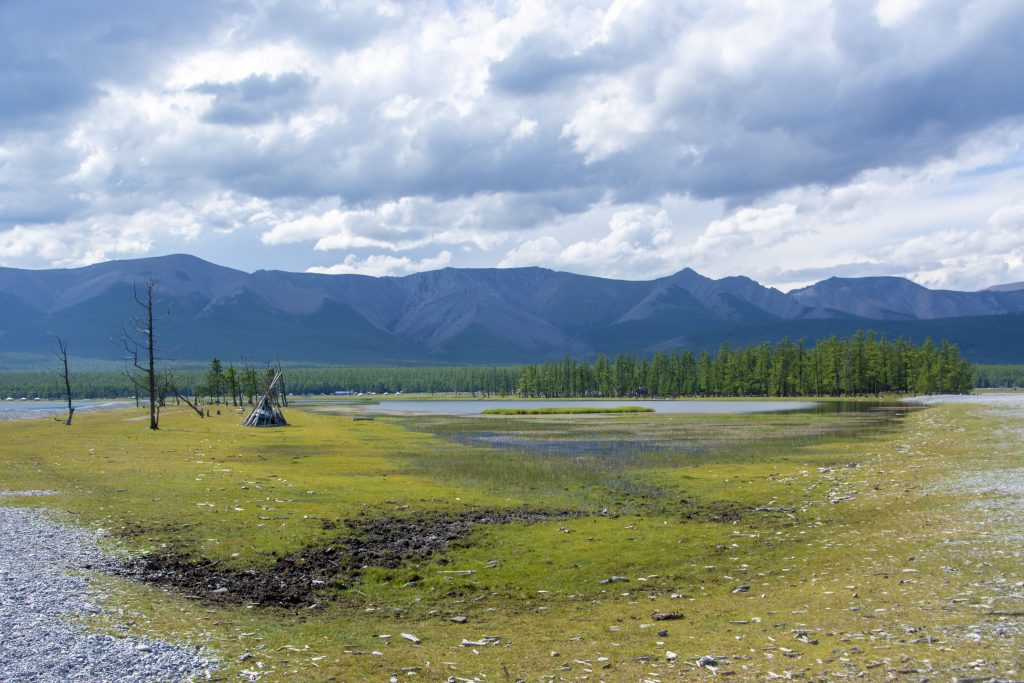 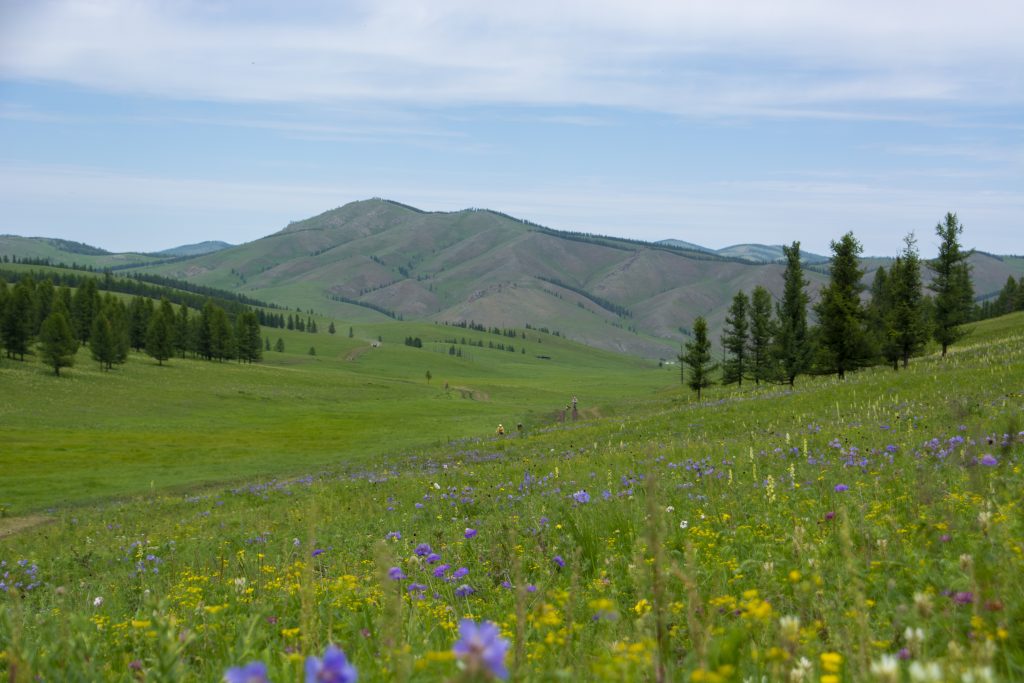 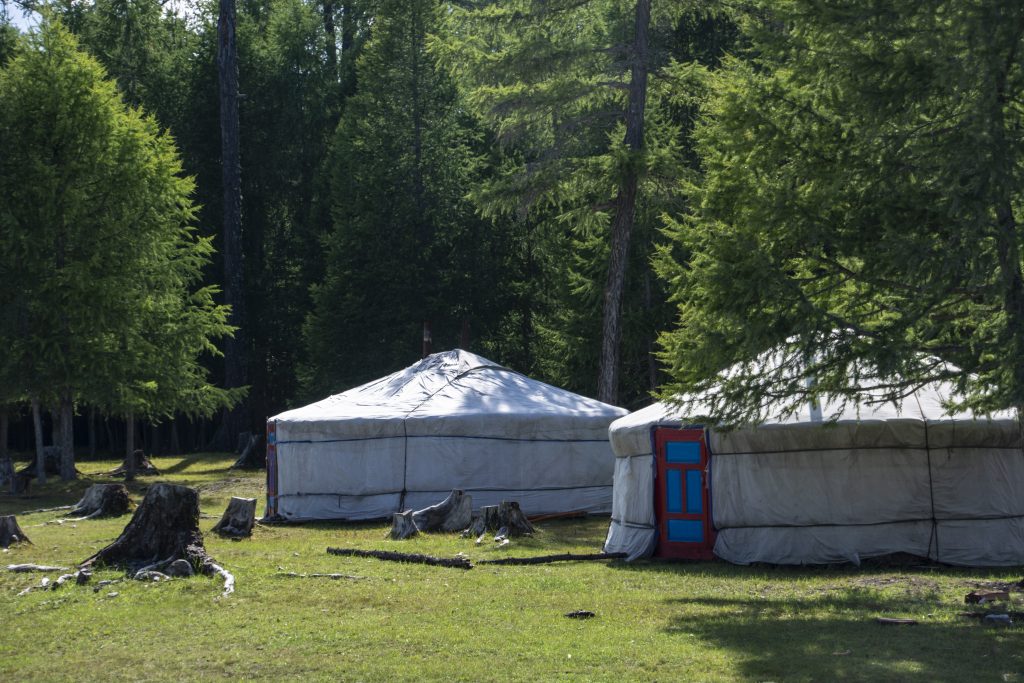 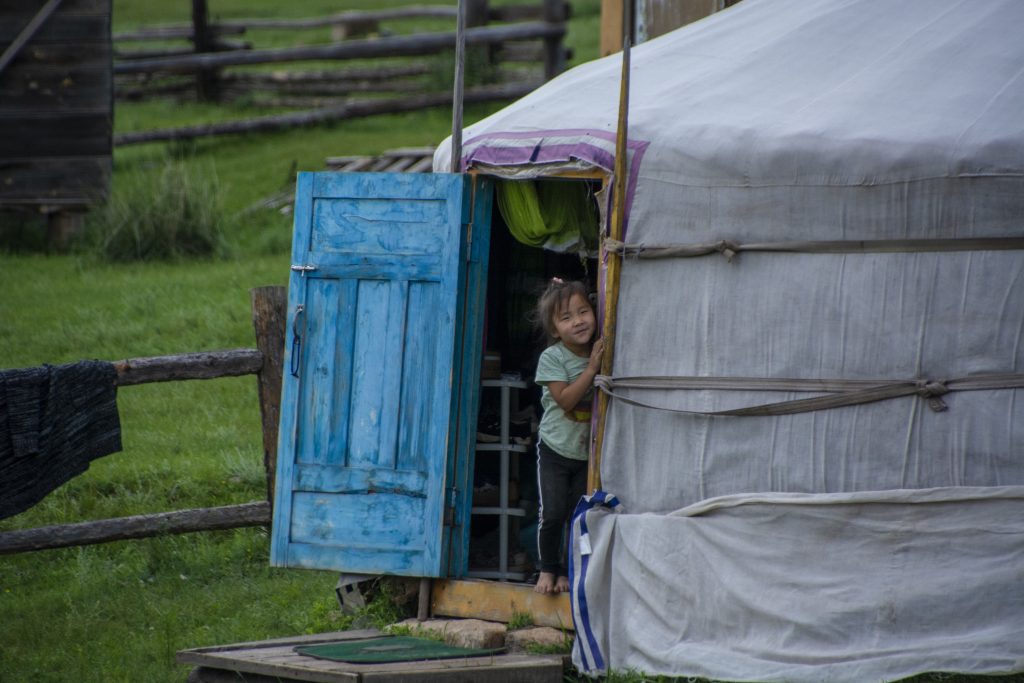 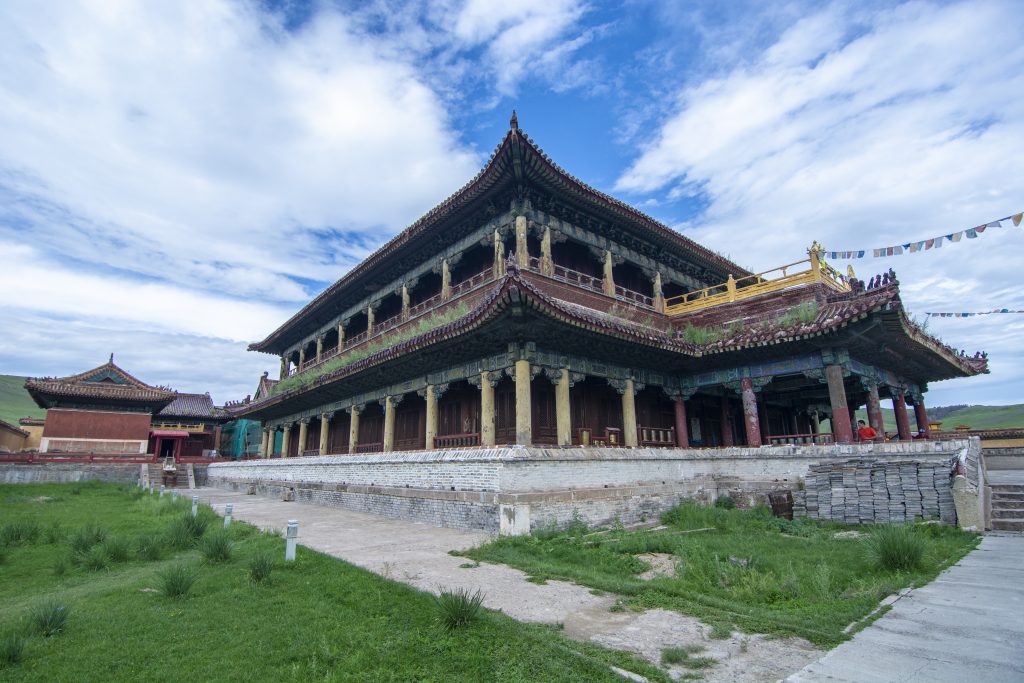 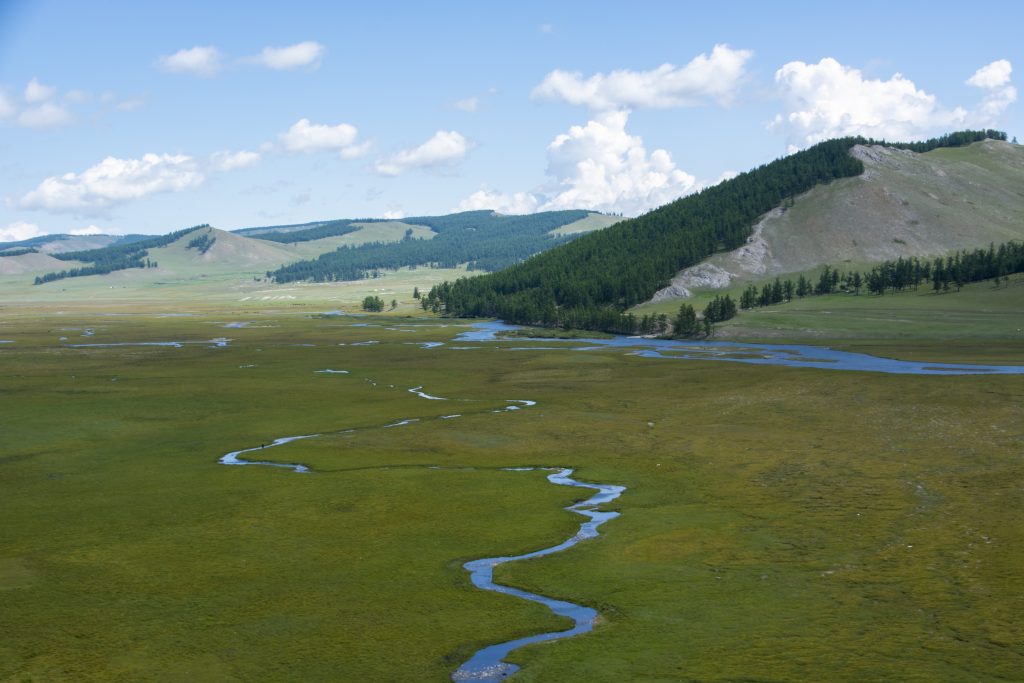 Day 1
Mini-Gobi
Elsen Tasarkhai or mini-Gobi is located about 280 km west of Ulan Bator. The landscape is characterized by the presence of a single large dune that extends for 80 km in length and 5 in width. The area also presents a unique combination of mountains, forests and landscapes typical of the Gobi desert, characteristics that make this place unique and suggestive.
Day 2
Kharkhorum, the ancient capital and Erdenezuu monastery
Kharkhorum was founded by Genghis Khan in the year 1220. It became the capital of the Great Mongol Empire about ten years later and was then destroyed by the troops of the Chinese Ming dynasty in 1388. The Buddhist monastery of Erdenezuu, probably the oldest and still today existing of Mongolia, consisting of 108 stupas, was severely damaged in 1688 due to one of the numerous internal wars between the tribe of the Dzungars and that of the Khalkha. Together with the Orkhon valley, it became a UNESCO heritage site in 2004.
Tsenkher hot spring
The thermal springs of Tsenkher have high healing properties, in particular, great benefits are found on pathologies that affect the nervous system and the joint system. To make the spring accessible to travelers and visitors in general, bathrooms have been set up with a water temperature that is less hot and more bearable for the human body. Everything is surrounded by a splendid scenery consisting of luxuriant mountain forests and a clear sky dotted with stars that you can admire even in the middle of the night, comfortably lying inside the thermal baths.
Day 3
Terhijn Cagaan Nuur (White Lake)
Terhijn Cagaan Nuur, known as "The White Lake", is located about 500 km west of Ulan Bator in Inner Mongolia. It covers an area of ​​61 km² and reaches 16 km in length and 20 m in depth. A local guide will lead you to discover the surrounding places, caves, chasms, and the local flora and fauna. On 6 July 1998 it was designated a World Heritage Site. Another important attraction of the area is the Khorgo volcano with its 2240 m height; its crater has a diameter of 180 m and a depth of 80 m. Since the end of the sixties there has been, around the volcano, a very interesting area made up of solidified lava bubbles that make this place extremely fascinating.
Day 4
Ider River
With its 452 km of length it is the main river of Mongolia, as well as the largest tributary of Lake Baikal in Siberia.
Day 5
Jankhai village, Khovsgol lake area
Via "Deer Stone", the most preserved rock paintings in the world, they are around 2500-4000 years old. In the all area are located about 1400 burial tombs, nearby the mountain range. Traditionally considered a sacred lake, Khovsgol is the largest freshwater lake in Mongolia and the second largest freshwater lake in the entire Asian continent. In fact, it contains 70% of the fresh waters of all Mongolia. It is located at 1,645 m above sea level, reaches an extension of 136 km in length and 262 m in depth. It arises within a geographical area considered a transition zone between the Central Asian steppe and the Siberian taiga. The park is home to a rich variety of wildlife, there are ibex, argali, elk, wolves, wolverines, musk deer, brown bears, and 200 species of different birds that make this majestic and enchanting place a paradise for tourists in Mongolia.
Day 6
Same place
Visit to the Reindeer nomad people, who have moved near the Khovsgol lake area to show tourists how they live. We will visit them on horseback.
Day 7
Same place
Electricity and public shower available. On this day you can choose whether to stay in the campsite to rest or take a guided hike. For a fee, it is also possible to rent a horse, a bicycle, a quod or a boat. Packed lunch on request.
Day 8
Khutag-Ondor sum
Founded in 1924, the Khutag-Ondor district (sum) owns 560 ha. of land, of which more than 40% used for grazing, almost as much for forests, while the remaining territory is occupied by rivers, lakes and fields for the production of hay. Thanks to its beautiful natural landscapes and the presence of numerous sites of historical and cultural interest, Khutag-Ondor has become an increasingly popular destination for foreign travelers.
Day 9
Amarbayasgalant Temple
Founded and established by order of Emperor Manchu (1727-1736), the Amarbayasgalant Temple originally consisted of over 40 temples, today only 28 remain. It was one of the very few monasteries to have partially escaped destruction during the Stalinist purges of 1937 despite this, many of the monks who populated it were executed by the country's communist regime. The restoration work began in 1988 with funds made available by UNESCO.
Day 10
Return to Ulan Bator